Budapest bewitches every visitor. Houdini’s hometown is a Rubik’s cube of grand-scale monuments and unfading beauty that holds you captive. A gentle soul emanates from within this city built on imperial strength, and people engage in a high-stakes hustle to claim their own piece of happiness.

For us, it was a fun trip among friends!

We started on a friday evening and flew to the airport Budapest Liszt Ferenc. Once there we looked for a taxi, which was absolutely no problem. We first thought about taking the public transportation, but due to the fact that it was already late, we took the taxi, which was quite a very good idea. The drive took us about 30 minutes.

After that we checked in at Opera Sun Terrace City Centre. A pretty nice little flat with two sleeping rooms and a wonderful little terrace I loved immediately. The flowers were so colorful and it felt immediately like a home and not like an apartment you only rent for holidays.

The apartment is just around the corner of the State Opera House. Well-versed in the art of opera? Even if you don’t know your “Rigoletto” from your rigatoni, this building never fails to mesmerise. Inside, it’s an exercise in excess: towering marble columns, vibrant frescoes of mythological creatures and chandeliers that drip with crystals. So you don’t need to be very cultural interested to find a pleasure in that building.

The next day we searched something to eat for breakfast. All the nice little cafés are this pretty, you can hardly decide where to go. And Budapest has a lot of Nutella, I like!! 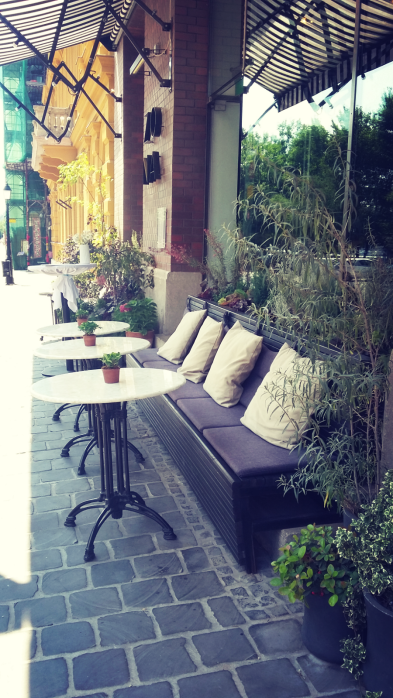 First of all, we went towards Buda Castle. It wasn’t that long ago that Buda Castle virtually lay in ruins. Oh, how times have changed. Built and rebuilt countless times over nine centuries, this massive medieval complex holds a legacy of archives, museums, galleries and governmental buildings. We didn’t visit the Hungarian National Gallery, but it must be a major highlight according to the other people. 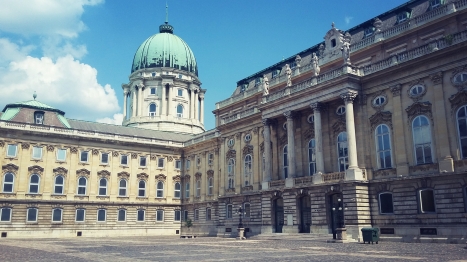 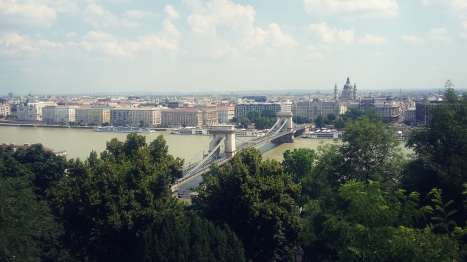 To get there, we had to cross the Danube. The river awards the city a special flair and because of the perfect weather conditions, it felt like a real holiday. There are several bridges to cross the river:

The Chain Bridge is marvel from any angle. This bridge is a vital piece of Budapest’s cityscape that links Buda with Pest. But it was born of tragedy. In 1820, a Hungarian aristocrat missed his father’s funeral due to freezing weather, then vowed to build a bridge across the Danube. This is it. See the bridge that unified a city in its full glory from the top of Castle Hill.

Then there ist the Liberty Bridge. Probably the most beautiful bridge in Budapest, but that’s not the best part. Get there before sunset with a nice wine or beer and just watch the sun go down and the city lights go on. Meanwhile, trams pass by on the bridge and boats underneath it. A true Budapest experience! 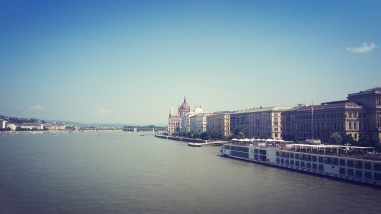 Next stop after a tasty coffee or hot chocolate with an waffle and a hammock in the sun: Matthias Church & Fisherman’s Bastion. This is a large-scale observation deck, with views that could never be replicated on a postcard – the sublime sweep of Pest, framed by the Danube. Wander in a veritable open-air museum of stately statues, winding stairs, grand domes and rooftop turrets – one of which belongs to Matthias Church, renowned for its museum of religious artefacts. 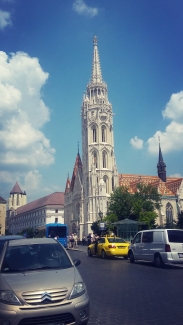 The rest of the saturday was used with shopping in the Budapest City Center. The grand sweep, the history, the breeze across the Danube! We continued our day in a daze of delight with a stroll along Danube Promenade (Dunakorzó) to take it all in. Afterwards, we enhanced our all-seasons wardrobe at the shops along Váci utca. And believe me, there are not only beautiful shops, there are also beautiful men in Budapest! Everybody knows that the women are pretty in Hungary, but nobody talked hitherto about the men!

The evening was a pretty mix of good drinks and delicious food. We settled down in a wonderful beer garden and ordered some goulash soup, drinks and to be very recommended: big and fresh juices mixed with water. And the price in the end was as awesome as the taste! 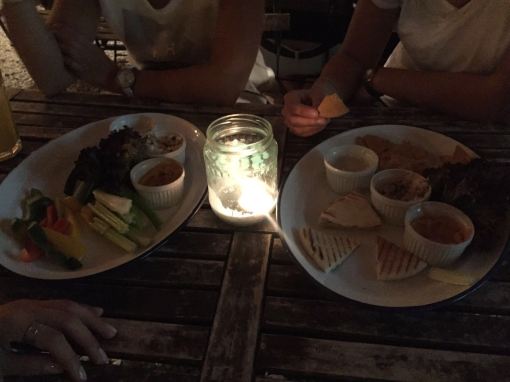 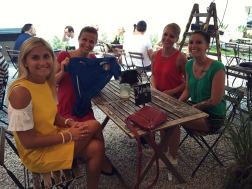 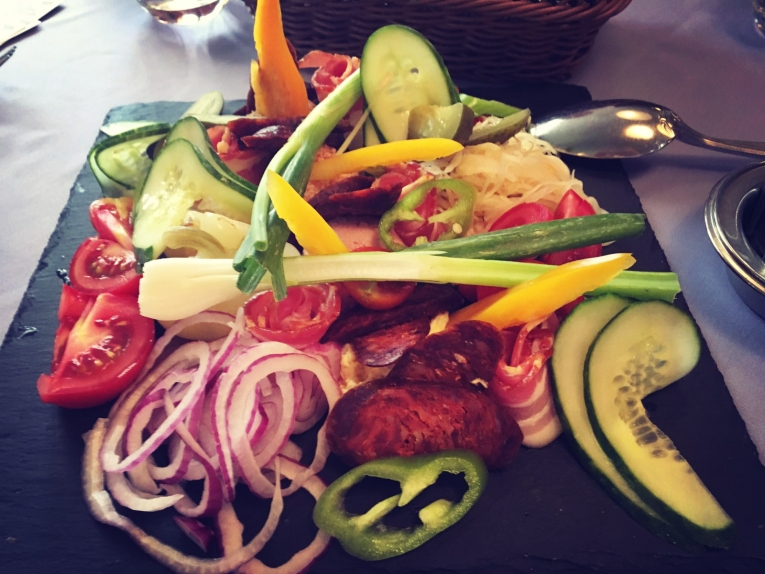 The next day, we were in cleavage if we should visit one of the thermal baths or visiting the Margaret Island. We choosed the second one and I was more than happy about it. We onoly read about Széchenyi Thermal Baths, which by the way is Europe’s largest public baths: “Who said the Fountain of Youth was a myth? To say nothing of the butterscotch-coloured belvederes that form the backdrop, some 18 baths attract a steady stream of ages and body types. Come here to simmer in mineral-rich geothermal waters and play a game of chess with the local Bobby Fischers. Most importantly, don’t be shy (nobody else is!).”

So we took the tram to Margaret Island, which is really a leisure island. Linked to the main lands by two bridges, this teardrop-shaped island is a recreation hot-spot. Lace up and run with the city’s health nuts (a double-loop of the island is roughly a quarter marathon), or laze about on the grass. Health spas, outdoor theatres, zoos and scenic walks – this wholesome respite has it all. We decided to take an electric car which was veeeeery funny! We drove the way along to the Japanese Garden, which is in the city centre but away from the bustle, making it the perfect place to relax. Having a coffee or a beer in one of the coffee shops overlooking the Danube River is a good way of rebooting before another city adventure. 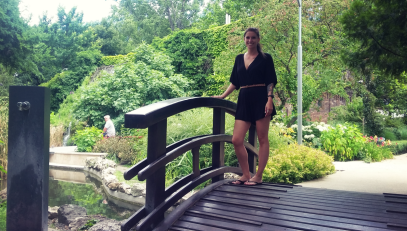 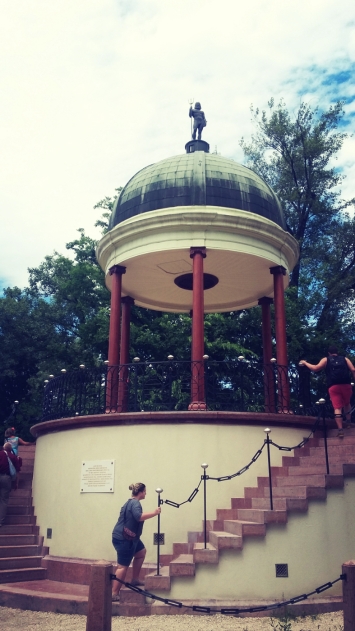 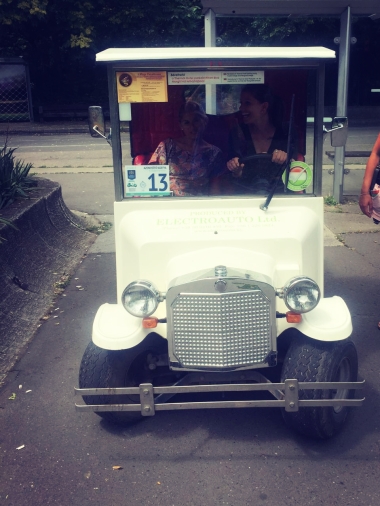 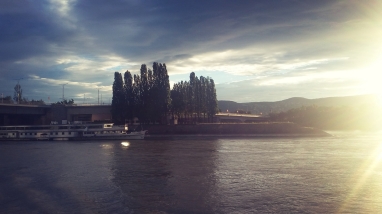 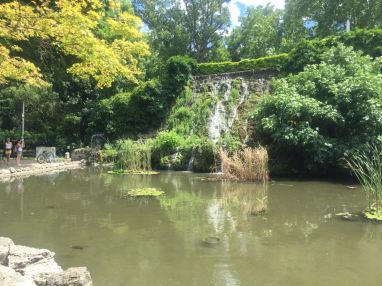 I didn’t want to leave Margaret Island, but we also wanted to visit the Hungarian Parliament Building. The “House of the Nation”. Designed by architect Imre Steindl, Hungary’s hulking Neo-Gothic parliament was inaugurated on the country’s 1000th anniversary in 1896. To this day, it’s still the nation’s largest building. Trundle through its 691 rooms and 29 staircases to witness treasures like the glimmering Holy Crown and the gilded cornices of the Assembly Hall. You’re golden! 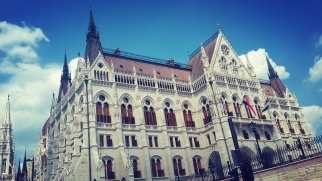 Shoes on the banks of the Danube (Hungarian CipÅ‘k a Duna-parton) is a memorial in Budapest, designed by Gyula Pauer and Can Togay to commemorate the pogroms of Jews by Arrow Cross in Hungary during the Second World War. We saw it by hazard by while  talking a walk along the Danube. 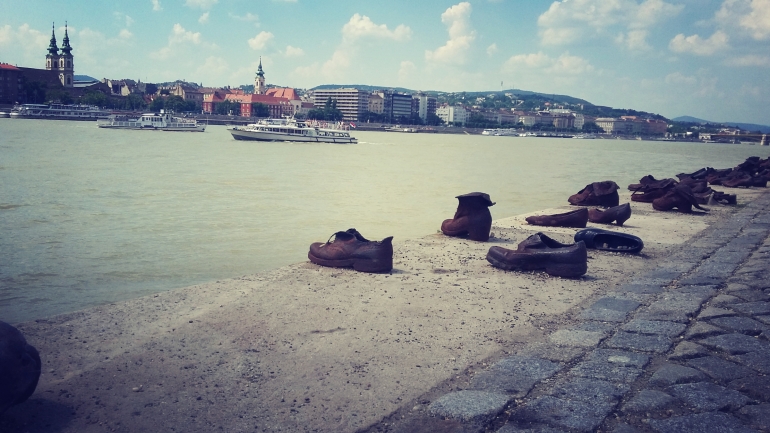 To end our perfect trip with so many funny moments, we booked a boat cruise along the Danube and enjoyed a perfect view with a glas of sparkling wine: 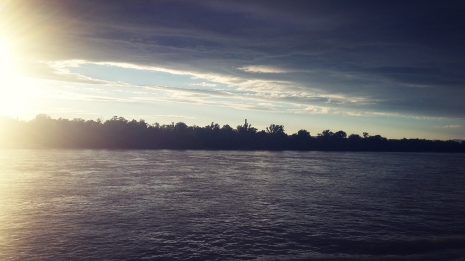 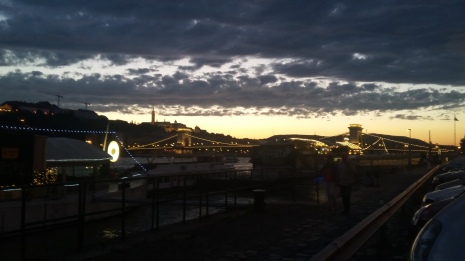 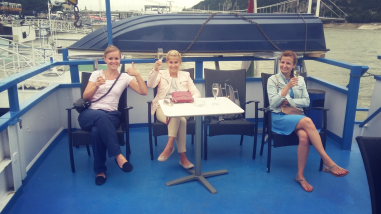 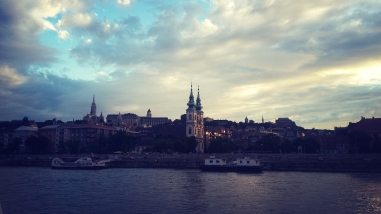 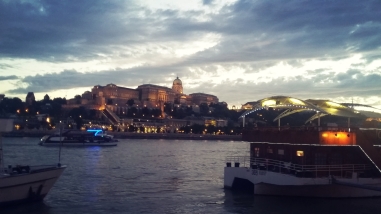 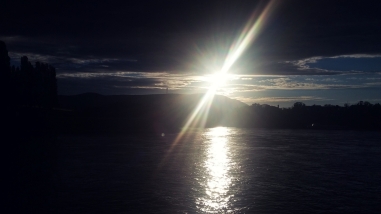 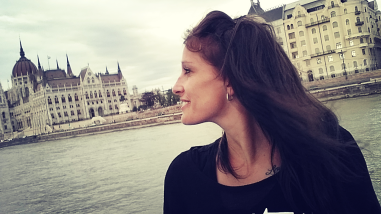 Thank you Ladies for such a nice trip, looking forward to the next one!

There was an error retrieving images from Instagram. An attempt will be remade in a few minutes.