What I had expected when we booked the Philippines? Probably not much, except that it would be quite similar to Thailand. I was looking forward for many weeks, and the long journey was really worth it!

We flew away from Zurich with stop in Dubai to Cebu. From there, the Tresher Cove dive resort offered us a very cheap transfer. For the equivalent amount of an apple and an egg, we were set into a strong air-conditioned car, and a very friendly driver drove us four hours north to the dock. It was way further than I thought and so the clock already showed about short after eight in the evening, when we were set on a mini boat transhipping the sea accompanied by a beautiful starry sky. It could not have been more romantic. The sky showed so many sparkling lights and it seemed immediately as if you would have a thousand possibilities here. Because of the low tide, we had to go in the beginning and the end with a small boat, in the middle with a larger one. The wind wafted to our noses and after further thirty minutes drive, we took the small boat which took us directly to the private beach amenities deposed. Reception was very short but super friendly. We got our Cabbana D2 shown and I fell immediately in love with the sweet little cottage. 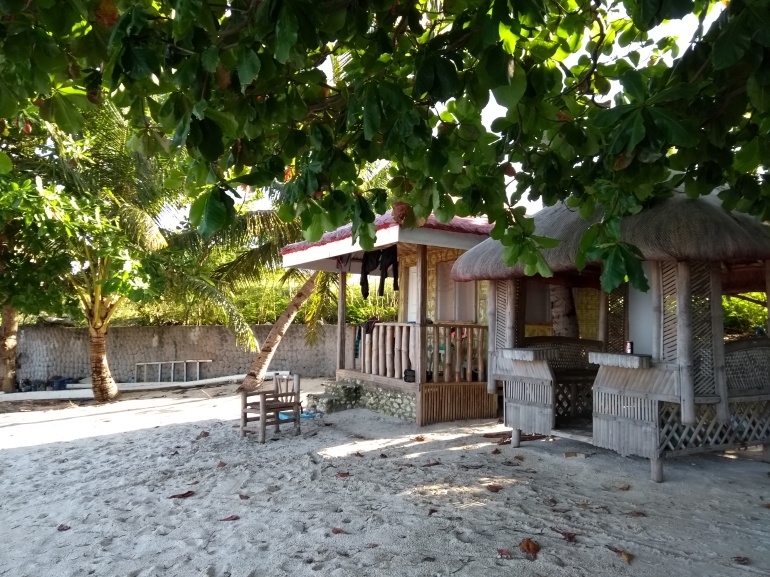 Ok, for the first sight, I have to add that I had to have a short strong swallow, because the cabbana is actually more a bed with walls around it. The bed alone is already very narrow for two people and there’s not even a shelf or similar on which it would be possible to spread the clothes a little. The toilet and shower was touted as a shared bathroom, however, it is really like on the campsite. Spoiled girls do definitely not have any joy here. …and people afraid of geckos also do not. 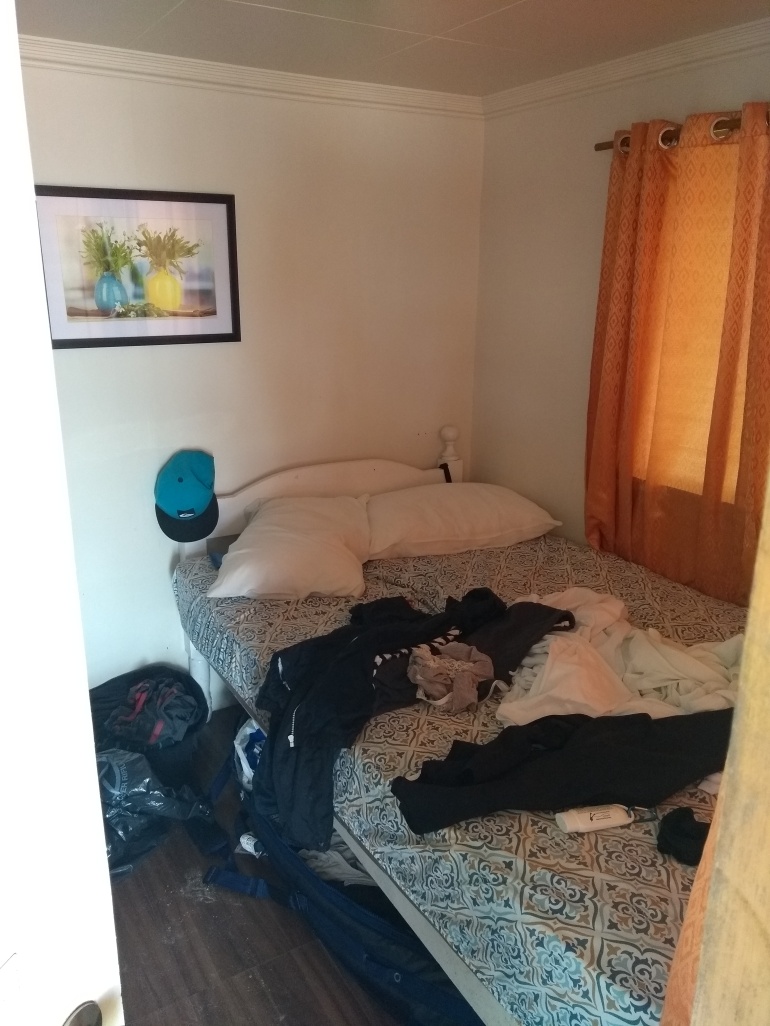 The first night was for getting used to, particularly since the ventilator was very loud, the bed for a lover of space (like my boyfriend) much too small and the waves outside make noises in addition. Although it is very nice hearing them. It is definitely an adventure and for about 165 € (10.300 PHP) for two weeks also better than I really expected.

The whole resort consists of a few common dormitories, approximately three large family accommodations and the cabbanas. It has a typical fantastic swing in the trees with sea view and a wonderful eating room, which immediately invites to sit together in cozy manor. In addition, there is the largest pool of the Island and the dive Center is well equipped. There are Securities that are guarding the spot all day and it never feels unwell. On top, there is a small park with fitness equipment for people who also do their training by thirty degrees and more. Billiards and various board games are also available. Super nice place with wonderful green trees and palms.

The second morning, I wanted to go jogging, but I should regret it immediately. I don’t know why, but somehow I thought that beyond the resort, a beautiful Island could be hidden. Even after the announcement in the welcome meeting, that the people here are very poor, I was convinced about that. I was so wrong. The street which was presented was merely a trail, and it was even so narrow that I had to stop every five meters for a scooter. After a very short time having passed, my desire to get back to the resort was so big, I decided to give it another try the next day.

Unfortunately, with still less success as the previous day. The Island is horribly poor and everywhere were sitting half-starved animals on the “road”. You will see some creatures simply so poor and unhealthy that you don’t even want to look at them. They are covered with parasites, some so bad that they are missing and loosing the fur partially and they do scratch themselves constantly. Many of the animals look from sad eyes up to you and have visibly more than just one single disease. I don’t want to show any photos of that.

The children and people on the other hand seem to be happy, but the children do not know it any different. After about two kilometers, I wanted to give up my workout again, but stupidly I lost my way on the run. All of the trails on the Island look like the same, and for someone with a bad orientation like me, it’s simply impossible to find the way back. When I met a couple from the resort, I was totally glad and followed them to a beach. What I saw there was just as horrible as what I saw before. Only this time, it wasn’t because of the animals, but the infinite pile of garbage. It was a mixture of boat wrecks and garbage. People here try anything to somehow repair things, but they are throwing the waste in the same moment heedless into the area around. I was so glad when I reached resort again.

So I wondered if two weeks here might be too long, but the Tresher Cove Dive Resort offers so many options, that there is no time for boredom there. The map shows the many possibilities they do offer and you won’t be disappointed at anytime. 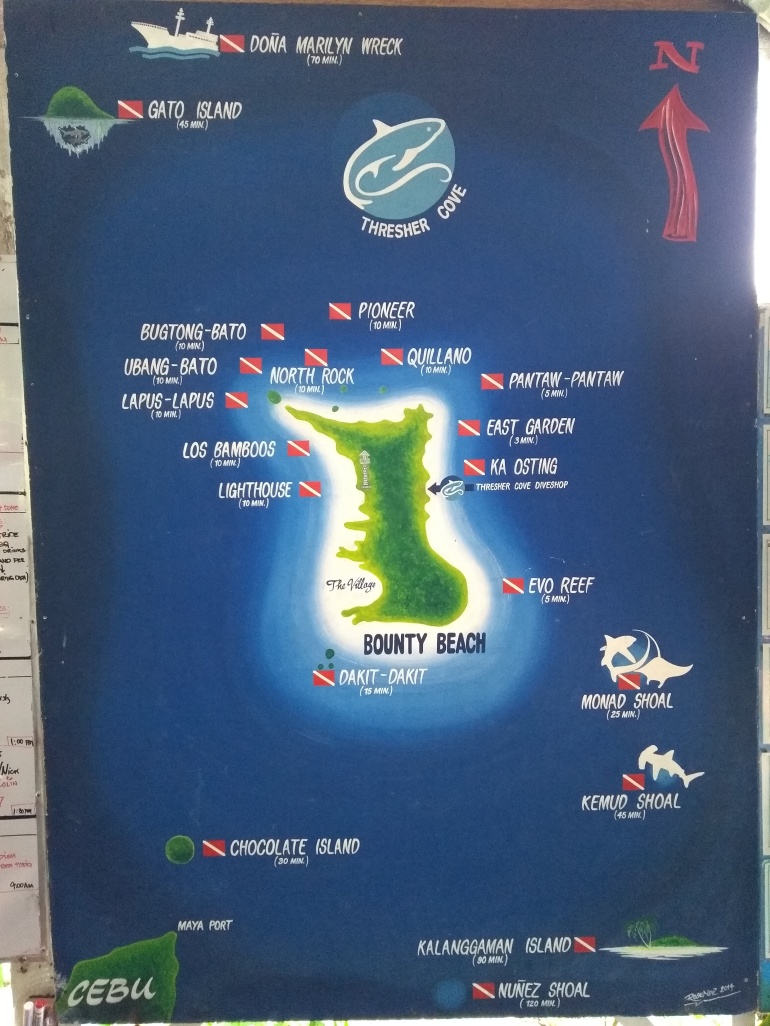 Especially nice and romantic was our visit on the Kalanggaman Island. The Island is 500 meters long and simply a dream!!! But not only we women do like it that much, even action enthusiastics should find here something matching. We were diving with the tresher sharks and this really majestic creatures were so near. A really mad, crass experience. Another event was the swimming through a tunnel in where the small White tip reef Sharks slept. I have to admit that I got to my limits there encountering them in this black hole. I thought we would see the end of the tunnel, but it was night on Gato Island and that was just the way I felt. But the divemasters here are real specialists on their area and so, combined with my calming man holding my hand, we had myself managed through the tunnel.

Well I almost forgot about the good food. Due to the fact that you have not many other possibilities on the island, I am frankly more than pleasantly surprised by the kitchen. The food is invariably excellent and super delicious. Great compliment to the excelent kitchen! Big water bottles are for free availability, so you should bring a bottle with you. And a must-have is the bananas chocolate coffee on ice 😍

I definitely recommend the resort, but I prefer not to see the poor side of life all the time while trying to relax.

PS: you should bring a torch and a drybag with you. 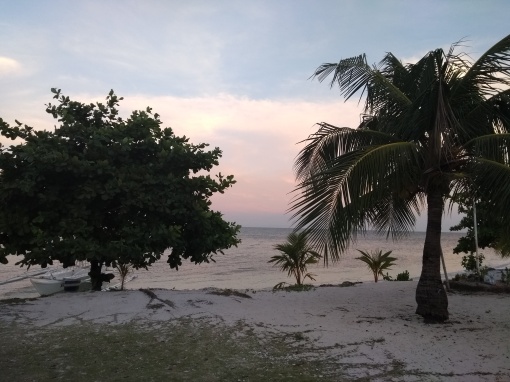 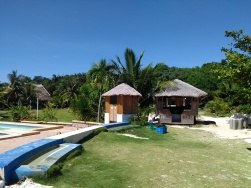 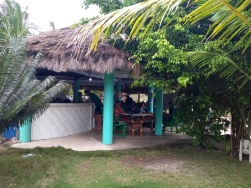 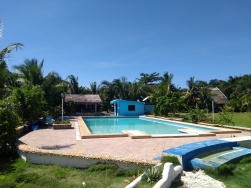 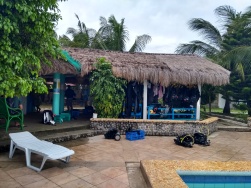 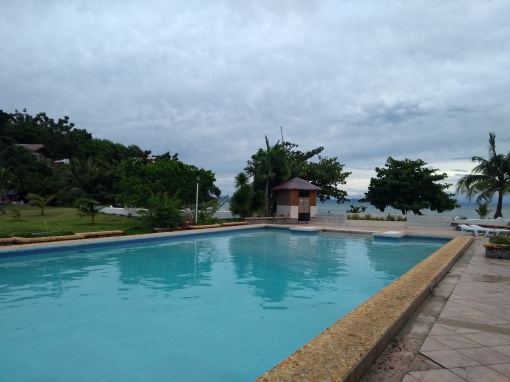 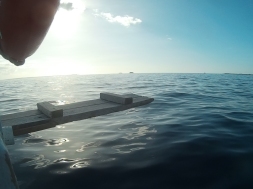 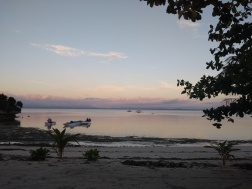 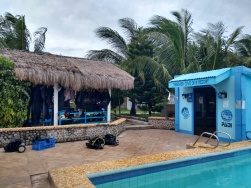