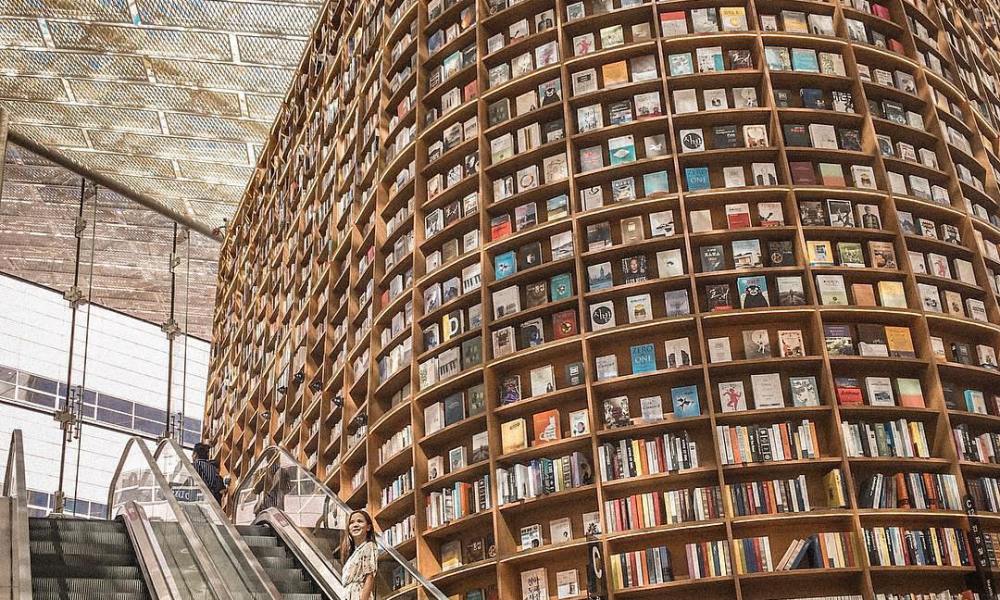 Microsoft Dynamics CRM: How to show opportunities of consolidated companies together with companies in one subgrid

In our Dynamics CRM, we do have one single entity for companies and consolidated companies. As an example, look at this:

YouTube or AdMob are companies, which are all integrated in the consolidated company Google LLC. (Google LLC is parent account)

So let’s look at the entity and its specifics. 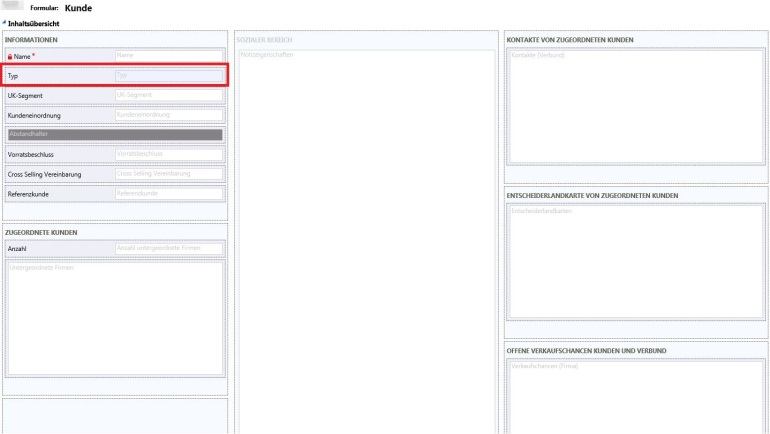 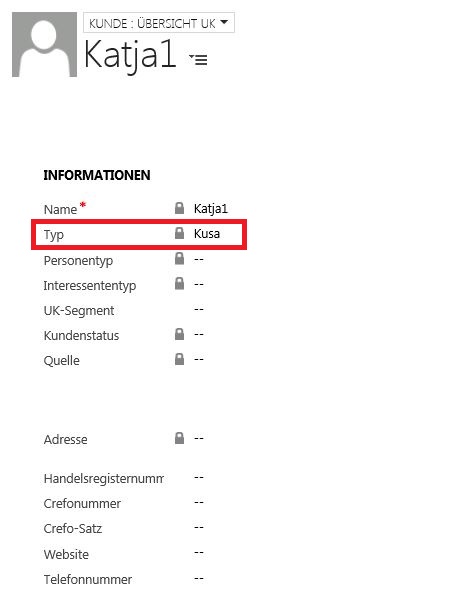 For the consolidated Company, the type is “VERBUND” (parent account):

Next, we have to insert a section to our company form, where we want to show up all the opportunities. We add a section and an grid…

For the inner sector, it is necessary to make some selections. But you first have to do some other steps!

I created a new n:1 relationship, because there can be many opportunities for one company. Primary Entity is my company, linked entity is opportunity. I called the relationship “Verbund Verbund”.

It is important to drag this field from the field explorer onto the form of the opportunity, so that it is updated later. I added it into a hidden section, which isn’t shown afterwards for the user who are not a system administrator. 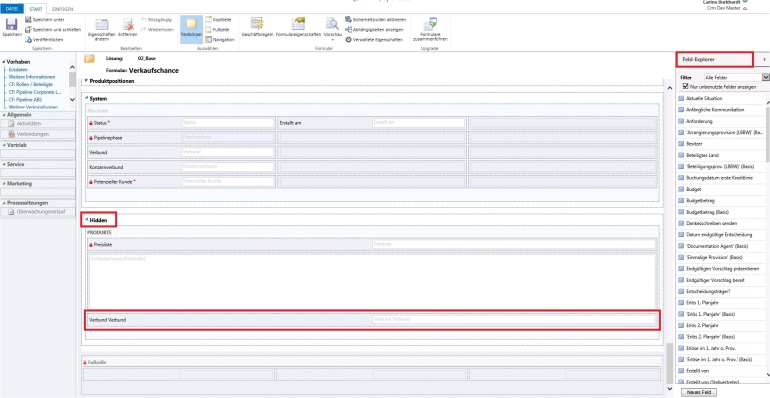 Now, we have to install a new process. I called it “Verkaufschance: Setze Verbund”, which means “Opportunity: set consolidated Company”.

It is of category workflow and it starts by creating a new record and by changing the company. And I added some conditions to the process as follows:

So what is happening now is the following:

Every time I create a new Opportunity (or change one), the process fills up the field “Verbund Verbund”.

There was some information missing, but now we are able to deliver it:

Take only linked records, choose the now appearing entity “Opportuntiy (Verbund Verbund)” and take a view you like – in my case all open opportunities. You can also edit the columns of your subgrid here.

And with this information, our subgrid now knows, which opportunities do belong to the construct of the consolidated companies (all together).